I was looking at the list of milestones for Tasmanian women and I noticed that one very important name was missing. 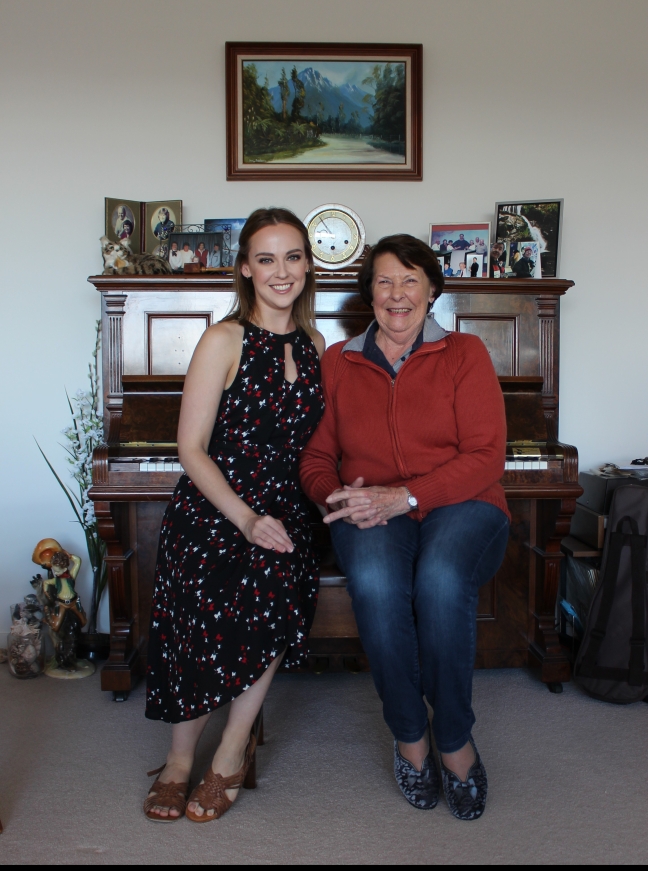 She was the first female car sales person in Tasmania;
the first female Clerk at the Hydro;
she was on the first Tasmanian women’s basket ball team, and played in the first Australian Women’s International Basketball Association Carnival; and
she was crowned Woman of The Year in 1976.

I had to interview her to learn her story and share it with you.
Read below to see how she did it, how she dealt with sexism in the workplace, how she put a stop to a particular gendered injustice at the hydro and her thoughts on the progress of equality. I also ask her very important questions about cricket, ukuleles and her grandchildren.

You started working after you had had children. Was that the done thing in the 70’s?

I was asked about this when I was woman of the year about how I felt about women working and not working. I said at that time that it was a personal choice. If you wanted to stay at home, look after your family and be a house wife, that was your choice and there was nothing wrong with that. But if you wanted to go out and work and help with the housekeeping, there’s nothing wrong with that either. It’s all a personal choice and what you feel you can cope with.

Do you feel the same now?

Yes. Nothing has changed. Only, I think there’s a lot of instances now where women have to go out and work, whether they want to or not, because it seems to be the way the economy is. I don’t think they’ve got the choices like some of us did earlier. It makes you wonder about progress, doesn’t it? 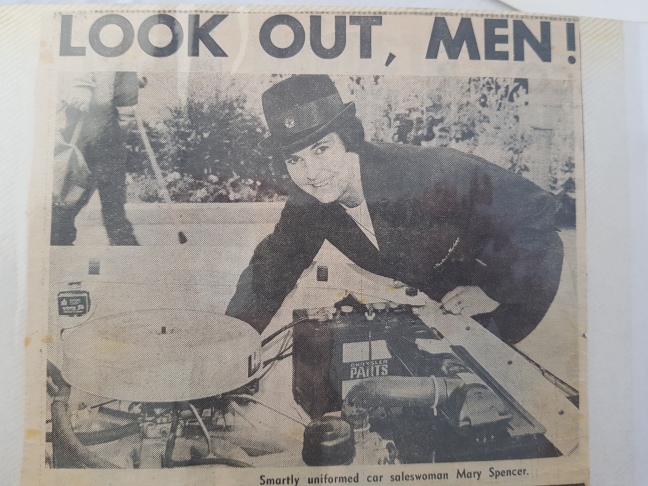 How did you get into selling cars?

That started when I got a job part-time in the sales office (looking after the books and records and things) and after a bit they needed a new salesman so the sales manager asked me if I’d like to do it. I said yes.

It does and I was the only one [woman]. I was the first one in Tasmania.

There was one problem I had when I was going to become a Sales Lady at Metro Motors. I had to be in a work at 8am, but I had to get my family off to school! My very very nice sales manager, he said:
“Why don’t you pop down at about 8 o’clock, put in an appearance [for the men], stay for 10 minutes then pop back home to get the children to school and come back when you’re ready.”
That was very decent of him and it worked. Some of the men were a bit funny about it, but as long as ‘she’ was there on time. 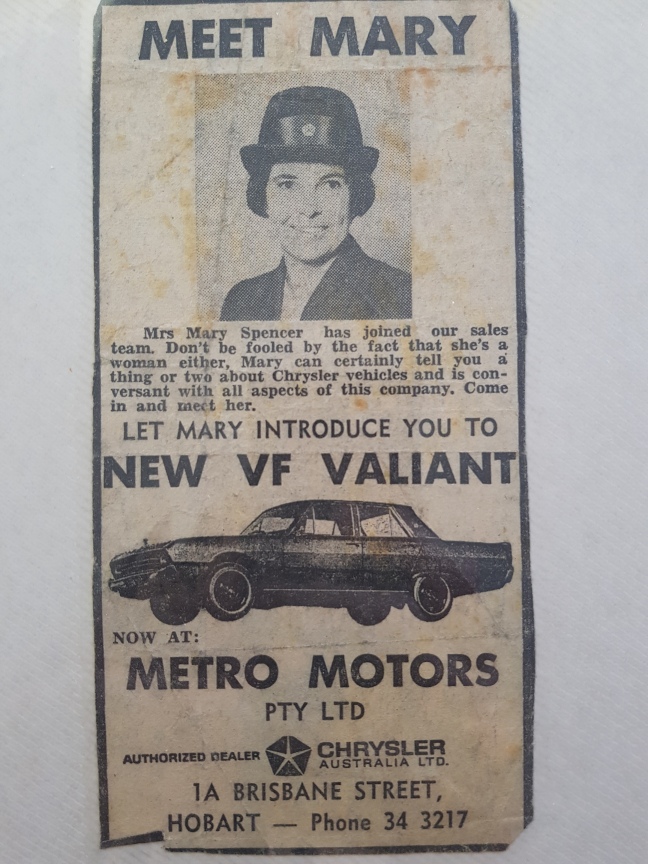 You initiated some very important changes at the Hydro, but how did you get started there?

I went to the Hydro about the end of 1970. I started off as a Female Officer (temporary). Female Officers were actually Clerks but at the Hydro, it was very male dominated. The MEN were Clerks and the WOMEN were Female Officers, so we got paid less. True.

So, how did you break into being a Clerk?

A position came up for a Clerk as a Compliance Coordinator for the state.  I thought:

I thought I’d apply for it, even though it was a clerical job and women weren’t appointed. I put in my application and I didn’t take the interview all the seriously because I really didn’t think I’d get it, being female. They asked me questions like “why did I think I could do this work” and “why did I know about these various things”.
I said “well, things came into my in-basket and I dealt with them and sent them out again”.
They asked me: “how did I manage a full time job and a family” and I said “efficiency”.

I got the job.

There were different fellas around the place who had applied for it and didn’t get it. There was this “why did SHE get that job?” attitude. Anyhow, I proved that I could do the job and these men were OK after a while because they realised that I wasn’t going to try and push my way into their part of the job. I needed to liase with them and we got on really fine. 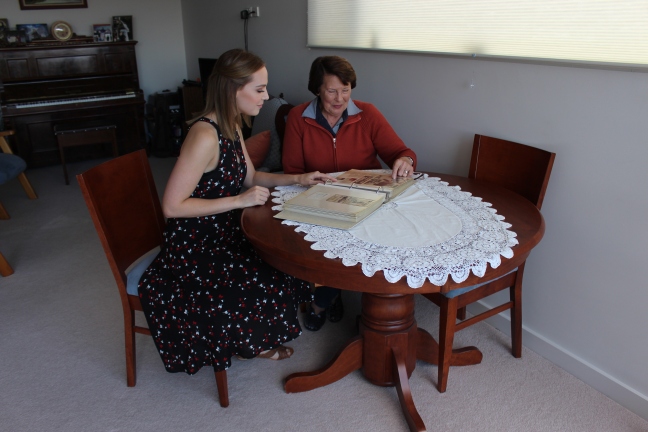 So at any point in the interview, did they bring up the fact that you were a woman applying for the job?

No, they just asked me these stupid questions and I gave stupid answers. So apparently they were quite impressed that I considered myself efficient. And the fact that I had been dealing with quite a lot of the job already.
Another thing they asked me about was: because I’m not a mechanic, when it came to the maintenance of these heaters, how would I get on? And I said “well, we have mechanics that do these things. Clerks don’t have to repair heaters and maintain them”. They hadn’t thought about that, apparently.

Were there other female Clerks after you?

It wasn’t long after this clerical business that they did stop the ‘Female Officer’ bit and everybody became Clerks. They still didn’t pay women as much as men! But in the accounts department, I think they were catching up a bit more down there.

Were there any every dramas, working in this place as a woman?

This was before I was their Compliance Coordinator and I was still the Female Officer. The workload was piling up so we needed another Clerk to help me. So, in their wisdom, they appointed a Clerk (male) and were paying him more than me to assist me. That was no good so I applied for equal pay but I got knocked back. Women didn’t get paid men’s wages then.

They appointed this fellow and I said to him “I’m sorry, but I can’t teach you this job because I’m standing on my dignity and making a point here.”
I told the manager that I wasn’t teaching him the job unless they paid me at least as much as him or more. The manager said, “that’s ok, I’ll teach him the job”, which he didn’t because he really didn’t know the job. So this poor Clerk had to sit around, twiddling his thumbs while I went and did my work and wouldn’t teach him anything. In the end, they sent him out to Moonah to another position and got me a junior girl who did the job extremely well. 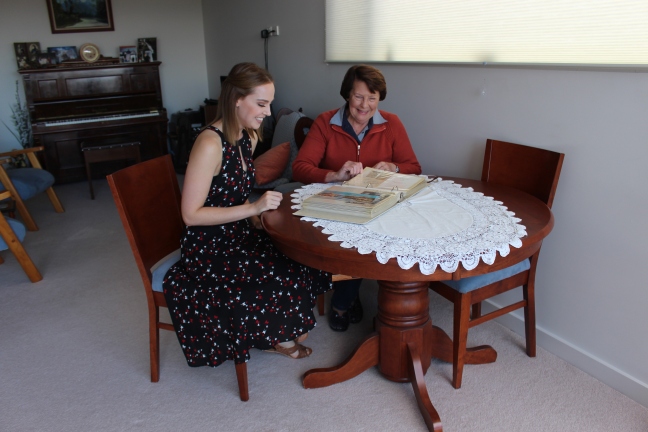 So when did equal pay come in? Oh wait…

It’s still not in really, is it? This is what, 40 years ago? I think we’ve progressed a little bit but really and truly, it’s still not [equal] is it?

It really isn’t fair. That poor Clerk. I felt really sorry for him, but I was really standing on my dignity. To get anywhere in a man’s world, you have to be confident in what you’re doing and really up for yourself.

Not only did men get paid more, but women were denied the staff discount??

There was a staff discount for male employees. I decided that this wasn’t fair, so I spoke to the personnel department about it. They said, “oh yes, but men are the breadwinners and the women are not”. I said, “how do you know I’m not the breadwinner in my family? Why do you think I come to work? It’s becaues we need more money so I’m the breadwinner”. And we [the women] got the staff discount from then on. 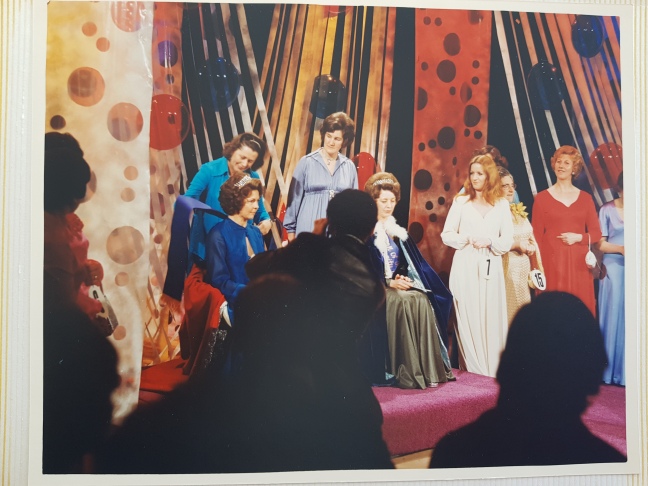 That was raising money for Yalambie Hostel out at Glenorchy. They were gorgeous, these people. They were young people and they just loved everybody and everything. There was one day one of them said “oh look Mrs. Spencer, I burnt my finger while I was cooking lunch today”, so they all sympathysed and cuddled her because she’d burnt her finger. They were so sweet.
The woman who had raised the most money that year was called Mary as well. During the year we had to attend a few things. I had to judge a baby contest [what??] and something to do with the marching girls. There were a few things I had to go to and look beautiful. The next year I had to crown the new person. 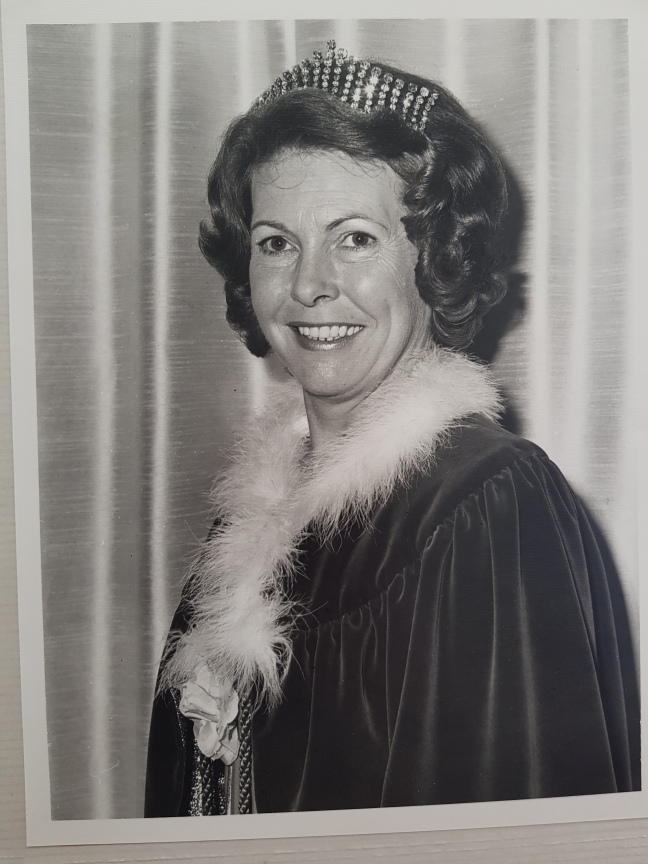 Now cricket. Very important. We go to go to bigbash games together and we have done for a couple seasons now. Despite the fact that our women’s team didn’t really do that well, do you find there’s any difference in the worth or the entertainment value of the men’s vs the women’s games?

There is a bit. I think the women are more entertaining. They’re really good! There are men who put them down a bit who haven’t even seen them! But they’re great!
Whether they’re winning or losing, that’s beside the point, if they’re putting in 100%.

You and I have both heard men make rude comments about the fact that they bring the boundary in a bit for the women. What have you said to them?

I can’t remember what I said, but whatever I said it upset him a bit I think.
They only bring in the ends a bit, the sides are the same. It’s very little! This bloke hadn’t seen any women play, but he has his comments anyhow.

But women in AFL…?

It’s not place for women. AFL and rugby (I don’t know the difference between union or whatever else) they’re very rough men’s games. Certainly not ladies’ games. In the paper, just last weekend, there were two girls on striking charges. These are women, striking women! Oops, I forgot you were recording.
But ladies can play anything else practically that I can think of. Cricket, soccer, basketball…

How long have you been playing the ukelele?

Ooo, not all that long. We must have started about 2 years ago.
A group from the Hobart Ukelele Club came down to entertain we elderly folk and it looked like such good fun. There was someone in the group who said he was quite happy to come down and teach us (Bill Foster). So a few of us got together! We still have our gigs and band practise… we’ve got a gig coming up shortly. We’re going to play to the old people down at Mary’s Grange again. The chior joins us sometimes, it’s quite good.

What’s the one piece of advice that you would give to a young woman (or man) trying to make their way through the workforce?

Be confident in yourself. If you know you can do something, go for it. Regardess of this bloke over here or that bloke over here. Regardless of qualifications… if you know you can do it, go for it. Be confident and tell them how efficient you are.
Confidence makes a difference because if you sit there like a little wilted daisy, you don’t come over too well.
And always act like a lady and you’ll be treated like a lady.

Should everyone adopt a cat from the Ten Lives Cat Centre?

While I was looking for things to show you, I found something I thought was rather interesting. It was addressed to me while I was at the Hydro and it’s a letter from the Premier. 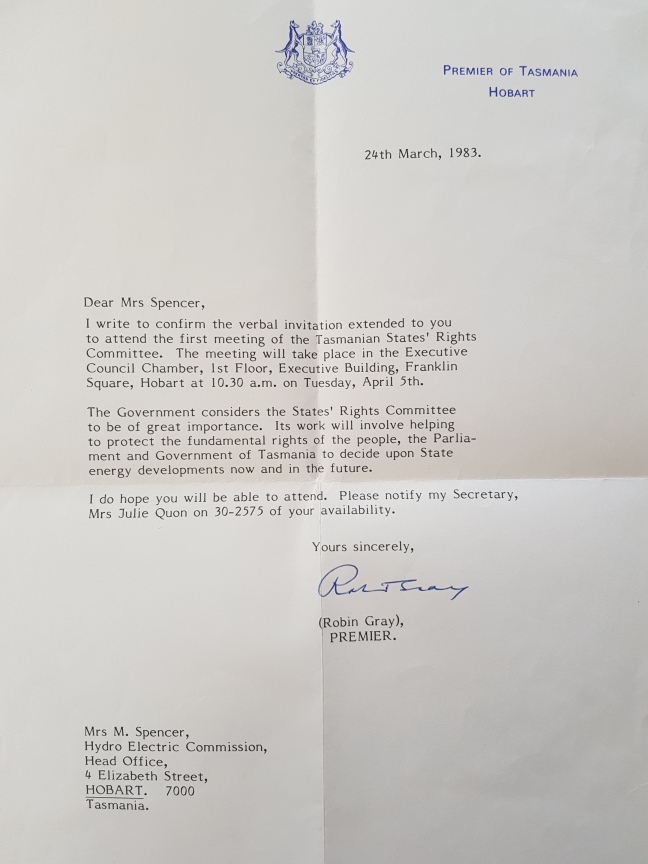 I haven’t the faintest idea what it was about and I think that was the one and only meeting that they ever had.
I got invited because I was often the token women for all sorts of things. It was rather good because I got a trip to Sydney to have a look at where they made corporate uniforms and things. I had to help organise some quite big conferences.